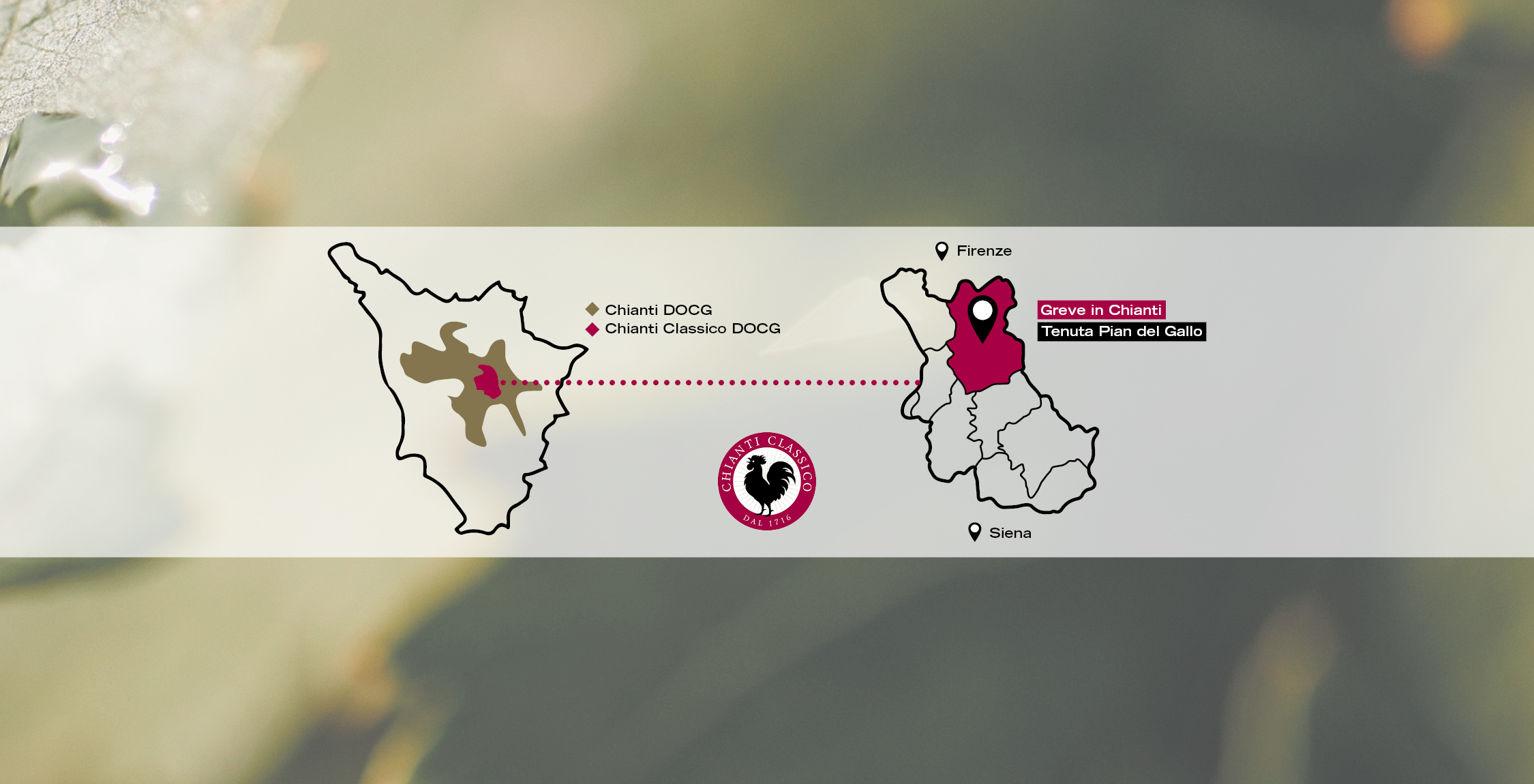 DISCOVER THE LAND OF CHIANTI!

The Chianti area, located between the cities of Florence and Siena, is one of the great protagonists of Tuscan wine production. Let’s find out more about it together.

Sangiovese is the leading grape variety, a black grape variety among the most widespread in Tuscany that produces wines characterised by high tannin levels, a high acidity and a flavour of red fruits, mainly cherry and red plum (the specific peculiarities then depend on the production area and type of ageing).

The Chianti area divides into Chianti and Chianti Classico, two areas that are often mistakenly thought as equivalent, but which actually represent two different DOCG, each boasting its own territory, specifications of reference and consortia and producing wines with different characteristics.

Pian del Gallo, the estate that has recently become part of the Tinazzi group, is located in Greve in Chianti in the Florence province, one of the eight municipalities part of Chianti Classico DOCG.

The Gallo (i.e., the rooster) is a symbol typical of this area, and a black rooster was chosen as the logo of Consorzio di Tutela del Chianti Classico DOCG.

But why a black rooster? The answer to this question has ancient origins.

Legend has it that, during the Middle Ages, in order to put an end to the war between Siena and Florence over who would have control over the Chianti territory, the border between the two cities was established in a rather peculiar manner.

Upon the first crowing of a rooster, two knights would ride on horseback from the two cities: the border between the two cities would be the place where the two met.

On the chosen day, as soon as it was let out from the stables, the exhausted black rooster started crowing even before dawn.  Therefore, while the knight from Siena started out regularly at the crack of dawn after the white rooster had crowed, the Florentine knight had started out much earlier, thus gaining a considerable advantage.

The two knights met only 12 km from the walls of Siena, so the Florentine Republic managed to annex the whole of Chianti. 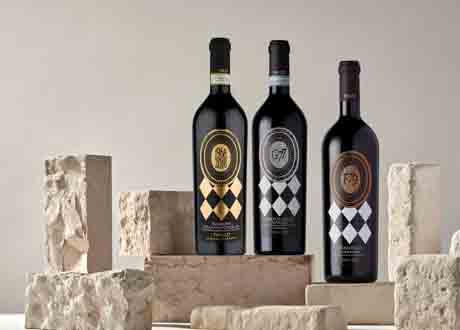