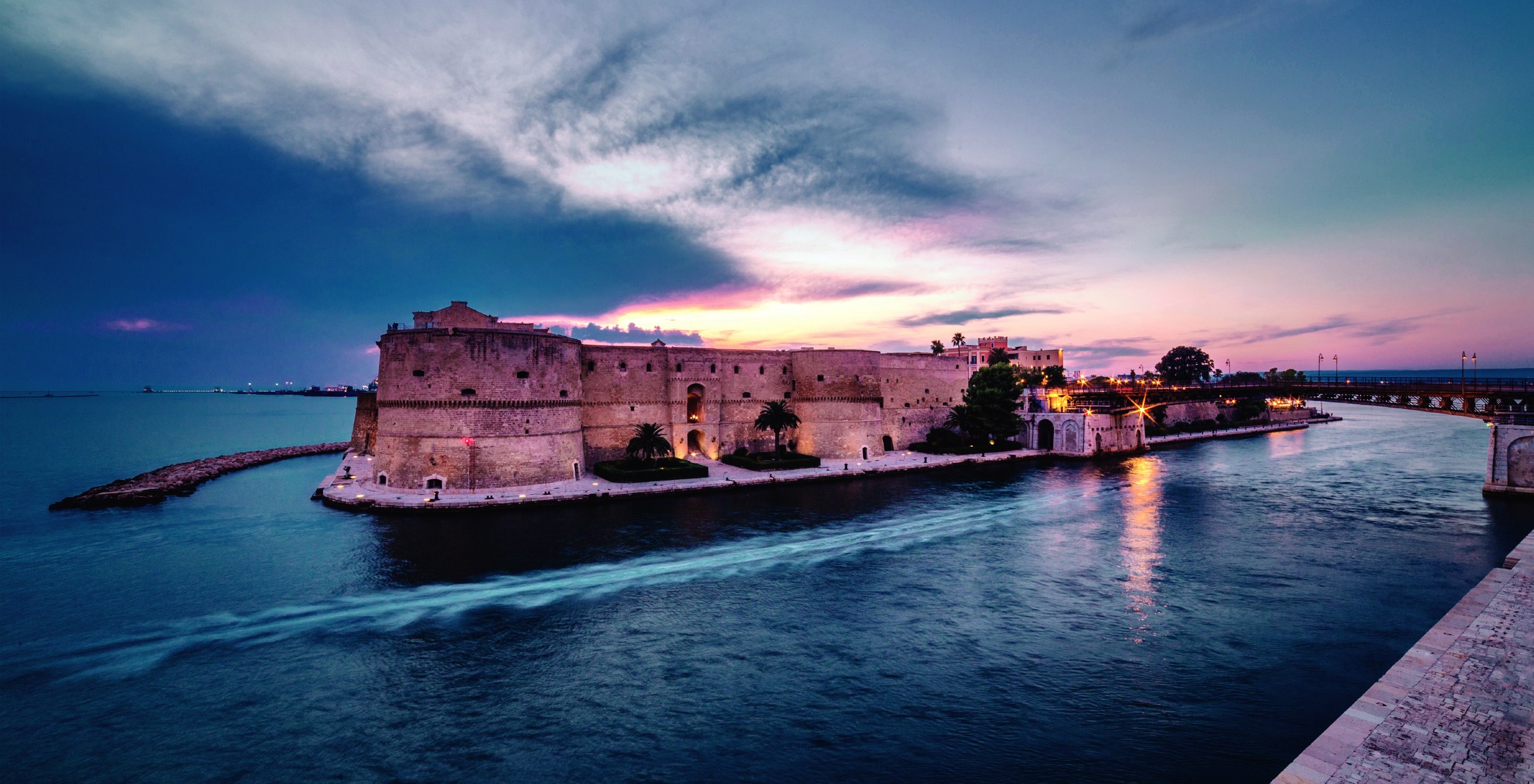 Let us introduce you to Taranto: our recommendations on what to do and see!

Puglia is a region ready to be discovered, rich in history, natural beauty and wonderful products. Today, we are going to tell you all about the city of Taranto.

Taranto is nicknamed the “city of the two seas” due to its peculiar position between the Mar Grande and the Mar Piccolo (the Big Sea and the Little Sea).

Taranto’s Old City dates back to over 2700 years ago and its history is still perfectly visible in the underground chambers, noble palaces and church façades. It is an actual island connected to the mainland via two bridges: the Ponte di Pietra and the Ponte Girevole.

Next to the Palazzo di Città, there are the 3 Temple of Poseidon columns, the most ancient Doric columns of Magna Graecia, a temple built before those of Paestum and Syracuse.

The Aragon Castle is the symbol of Taranto. It is located in the old city near the swing bridge.

It is a rectangular-shaped fortress built during Byzantine times as a defence against attacks from Venice and Syracuse. In 1486, the then Catholic King Ferdinand II of Aragon had the Castle extended and modified by the architect and military engineer Francesco di Giorgio Martini to give it the appearance it still has to this day.

The monument is currently the property of the Italian Navy, and it can be visited every day for free.

The majestic Ponte Girevole (swing bridge) connecting the island of the old city to the new city was built across the channel that connects the Mar Grande to the Mar Piccolo.

The bridge, dedicated to Saint Francis of Paola, replaced in 1958 a wooden structure dating back to 1886. The navigable channel was excavated in 1481 to protect the city from the Turks.

Here are the main ones, ranging from ancient to modern:

In the heart of Taranto’s historic city centre, the San Cataldo Cathedral is the most ancient in Puglia, built around the middle of the10th century.

Located in the heart of the old city along via Duomo, the church of San Domenico Maggiore can be recognised easily due to the steep two-ramp staircase.

A leading religious building, the Grand Madre di Dio Co-Cathedral is located in the more modern part of Taranto. It was designed by the famous architect Gio Ponti and handed over to the city in 1970.

Taranto’s National Archaeological Museum – MArTA – is one of the most important museums in Italy.

It is located inside the former Convent of the Alcantarini Friars in the Borgo Nuovo and develops over two floors:

The Cheradi Islands make up a small archipelago of the two islands of San Pietro and San Paolo, which are owned by the military.

The island of San Paolo is the smallest, covering 5 hectares, and is also the last but one Apulian island when it comes to size. It is forbidden to sail around and disembark on this island.

San Pietro covers approximately 116 hectares and is partly open to the public: there is a large beach that can be reached from the city using the AMAT Idrovie public transport.

The beaches of Taranto

Taranto is part of northern Salento which overlooks the Ionian Sea and boasts 60 kilometres of coast characterised by dunes, turquoise crystal-clear seas, white sand and shallow waters making the coast of Taranto unique.

The coast to the west of Taranto features wide beaches, while the eastern coast features high dunes, wild Mediterranean scrub and low rocks that frame dozens of bays with crystal-clear waters.

Catamaran excursions with Jonian Dolphin Conservation to admire the dolphins

Admire the dolphins swimming freely in the sea – you can make this dream come true thanks to the “Ricercatore per un giorno” (Researcher for a day) project by the Jonian Dolphin Conservation, an organization set up by President Carmelo Fanizza, aboard the Taras and Extraordinaria catamarans.

In addition to spending a wonderful day at sea, those who take part in this excursion can experience the thrill of being involved in all stages of the research, from the sighting of cetaceans to the collection of data together with biologists, veterinarians and researchers who will explain the marine world.

We have been the sponsors of this organization for 3 years and our wines from the San Giorgio winery will accompany the daily catamaran excursion. 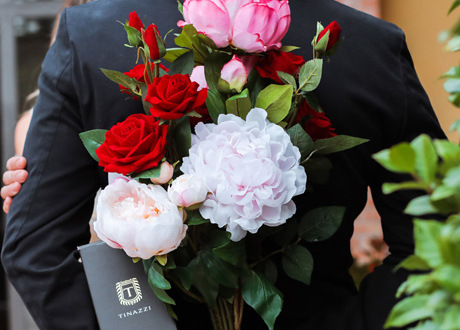