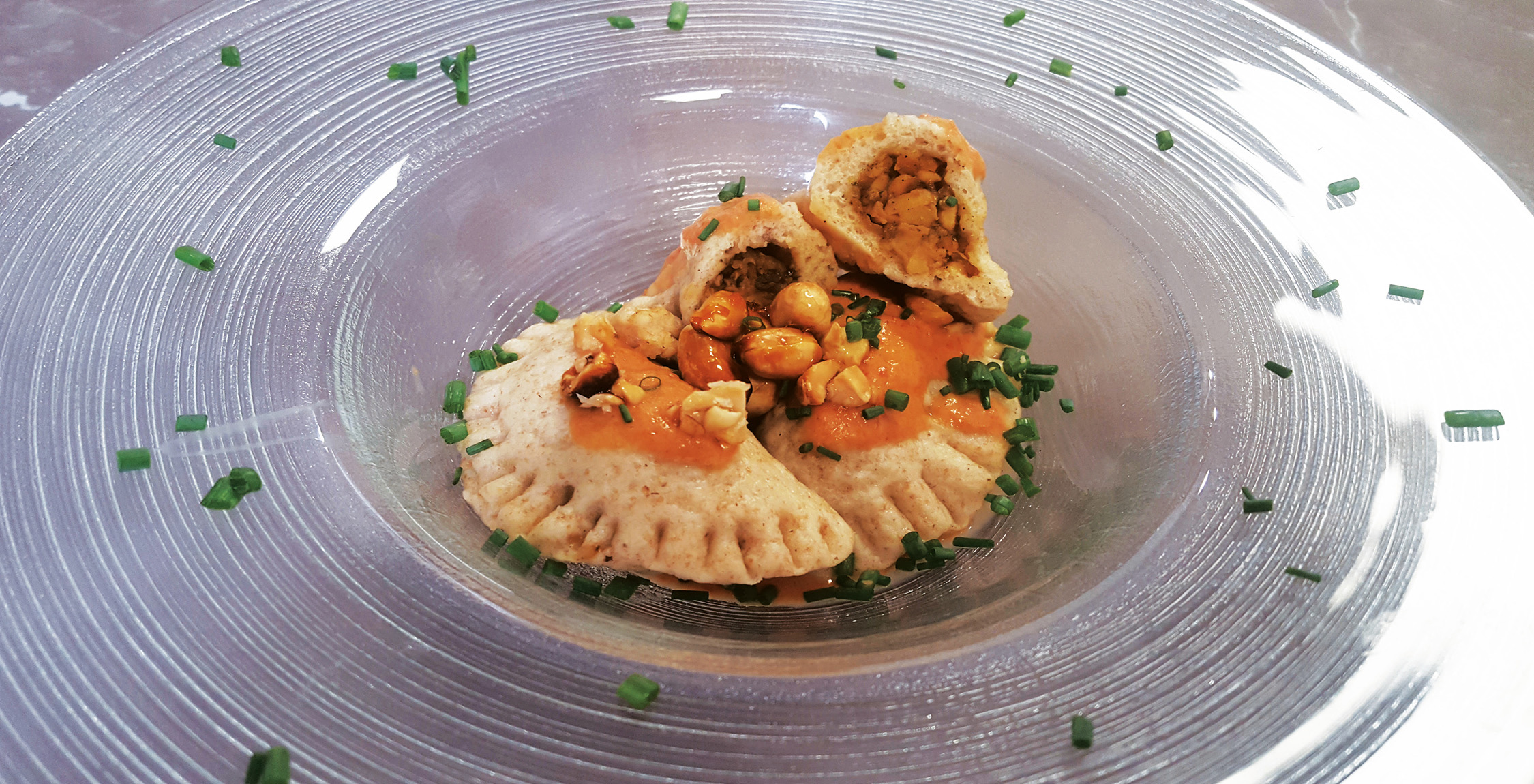 TEMPEH PARCELS IN A PEANUT SAUCE

In the meantime, chop the carrot and an onion and fry lightly on a medium-low heat with a little extra-virgin olive oil, then add the garlic clove, a pinch of cinnamon and the soy sauce. Fry for around 10 minutes, until the carrot and onion are soft.
Add the crumbled tempeh, the chopped chard, a little more soy sauce and some black pepper. Fry for another 10 minutes. Finally, add the grated lemon peel and some potato starch. Mix well, turn off the heat and leave to cool.

For the sauce: tomatoes, a little extra-virgin olive or seed oil, almond cream, lemon and grapefruit juice, garlic, coconut sugar or unrefined brown sugar, whole sea salt, chilli pepper (optional, remove the seeds if very spicy). Start blending, add the ginger after a few seconds (careful about the quantity as it has a strong flavour) and continue until you obtain a liquid sauce, then cover and rest in the fridge.

For the peanut brittle: put a non-stick pan on the hob with 3 tbsp of salted roasted peanuts and one tbsp of agave or maple syrup. Caramelise and, when all the liquid has evaporated, leave to cool and chop with a knife for the crunchy part of the parcels.

Flour a flat surface and roll out the mixture with a rolling pin to a thickness of 5 mm. Use a dough cutter to make disks, fill them with the tempeh and make a parcel (or a crescent shape).

Steam or place in boiling water. We have opted for an Asian solution, i.e. in a bamboo basket over a pot filled with boiling water. Cook for 5-10 minutes and the parcels are ready! Add the sauce and peanut brittle.